The Characteristics of Jesuit Education was published in 1987 as the charter for Jesuit schools. Composed by an international commission, which met over four years and consulted worldwide, it is based on the life and writings of the Jesuit founder St Ignatius Loyola (1491-1556), on the history of Jesuit education since the first school was founded at Messina, in Sicily, in 1548, and on best contemporary practice. What follows, including the headings, is an attempt to express the essence of the ‘characteristics’ in summary form (February 2004).

1. THE WORLD IS GOD’S CREATION

‘The world is charged with the grandeur of God’ (G.M. Hopkins SJ). God is at the heart of his creation, which shares in his mystery, and God is at work in human culture and human history. This is the world that forms the object of our study and the context of our lives. Jesuit education is therefore conducted in a spirit of reverence and from a radically religious perspective: facilitating the discovery of and encounter with God is its core-value. We seek to transcend false dichotomies between religious and secular, sacred and profane, and the religious dimension permeates all aspects of life in the school.

Jesuit education sees the human person, understood in the context of his eternal destiny, as the central focus of the enterprise and insists on individual care and concern for each one (curapersonalis). Relationships and pastoral structures reflect this focus. Through the curriculum, co- curricular activities and the environment of the school, our mission is to help him/her to grow holistically and lay the foundations for life-long growth, liberated from ignorance and the other forces that inhibit growth, learning to think for himself/herself, developing his/her diverse competencies, finding his/her own distinctive ‘voice’, becoming ever more fully his/her unique self.

We are defined as persons above all by our values, by the habitual moral choices we make. Jesuit education is essentially value-oriented. Jesuit pupils are to be men of conscience, able and willing to stand up and be counted in the name of the truth, prepared to use their skills of self- expression and advocacy for those who may have no voice, and committed to choosing the path that is right, not the one that is merely popular or fashionable. This approach to education includes growth in realistic knowledge, love and acceptance of myself and an understanding of the world we live in, the conflicting forces and values that operate in human society, and the unjust structures produced by sin, in which we can all be complicit and which diminish human lives

For Jesuit education, Jesus Christ is at once the human face of God and the model of all human life, responding totally to the Father’s love. He is our conscience incarnate, the pattern of authentic humanity, the centre of history. His way of compassionate love is not a way but the way. This conviction is reflected in the provision of pastoral care for all involved, aimed at encouraging spiritual growth and the development of a personal relationship with Jesus Christ. It is also reflected in the practice of communal prayer and worship and the celebration of the sacraments as constitutive parts of the school’s rhythm of life. Service programmes are consciously promoted as a way of imitating Jesus Christ, the Man-for- Others, in his complete self-dedication, and of helping to build the Kingdom of God

5. FAITH THAT DOES JUSTICE

Jesuit education is intended as a preparation for a life of active social commitment. Jesuit students are encouraged to understand their own ‘place’ in the world, in terms of educational and socio-economic opportunities, and to use these opportunities in compassionate service of others, especially those whose opportunities have been less than theirs or who are the victims of poverty and injustice. In the Spiritual Exercises, the map of his own conversion that Ignatius composed for the guidance of others in their journey to God, he taught that ‘love is shown in deeds’. Religion is deeply personal but not private: faith which does not express itself in love for others and the passionate quest for justice lacks authenticity. We aim to facilitate the emergence of young women and men who will exercise leadership in terms of these values and seek to be agents of change, not more or less passive upholders of the status quo.

6. PART OF THE CHURCH’S MISSION

Ignatius founded the Society of Jesus – and Jesuit schools – as part of the Church’s mission, to which he was intensely loyal. This mission is to spread the Gospel of Jesus Christ and, in this way, to build the Kingdom by serving and humanising the world and giving glory to God. Living by the Gospel is not a merely individual pursuit. Jesus founded a community, called his followers into community, and committed himself to the imperfect structures and institutions of communal human living. We need community in order to be sustained, inspired and guided in faith and in the high ideals of the Gospel in a world that is indifferent or hostile to the Christian vision. The Christian community, in turn, needs our service, our witness and our active participation so that Christ may be present in the world.

Ignatius discovered his own need of education, when he was already an adult. He eventually found the best education available in the world of his time in the Sorbonne in Paris. The first Jesuits were all fellow- students there. Ignatius insisted on the highest standards for the formation of young Jesuits and applied the methods of the Sorbonne (the modus Parisiensis) to achieve this. The desire to share such standards led to the foundation of the first Jesuit schools and the rapid development of a network of schools all over Europe. The commitment to excellence – in terms of intellectual rigour and all aspects of the enterprise – is at the heart of Jesuit educational philosophy. The Jesuit motto is ad maiorem Dei gloriam (God’s greater glory) – Ignatius was always seeking ‘the magis’ (‘the more’). The approach of the Ratio Studiorum, a pioneering ‘plan of studies’ drawn up in 1599 and based on the best practice then current, presupposed a central place for study of the classics and a largely uniform and pre-scientific culture. This is no longer feasible or appropriate. But Jesuit schools today continue, in the spirit of the Ratio, to promote excellence and best practice and seek to uphold the highest standards and most authentic values in education in whatever system they form part of, precisely by identifying and nurturing the ‘characteristics’ described here

8. WORKING AS A COMMUNITY

As Ignatius came to grasp God’s love revealed through Jesus Christ and began to respond by giving himself to the service of the Kingdom, he shared his experience and attracted companions who became ‘friends in the Lord’. Jesuit schools are intended to be communities of life, work and worship. Staff, Jesuit and lay, collaborate in service of shared values, a common task and an overarching vision, as reflected in the Characteristics. Pupils are encouraged to respect and care for one another as friends and companions, in the spirit of the Gospel. The community of the Jesuit school embraces not only all those within it – pupils, teachers and members of the wider staff – but also, very particularly, parents, along with board-members, past pupils, and others associated in any way with its operation.

9. ADAPTABLE AND OPEN TO GROWTH

In the course of his conversion, Ignatius learned discernment, the capacity to reflect prayerfully on his experience at the most profound level and learn from it. The habit of reflection is part of the Jesuit approach to education, as to everything else. Hence the Characteristics document itself and the process which produced it: reflection on experience worldwide, extensive consultation to share best practice wherever it was to be found, and dissemination of the fruits of this deliberation to all Jesuit schools. In the same spirit of constant self- improvement, each school is called to adapt and develop in the light of our shared wisdom and the local circumstances in which each one operates, and members of staff are encouraged to avail of opportunities for their own continuing formation. 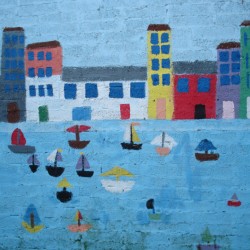 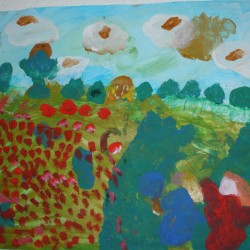 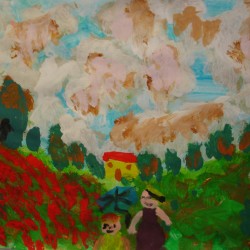 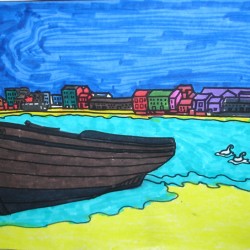 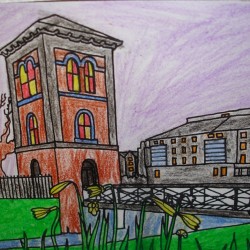 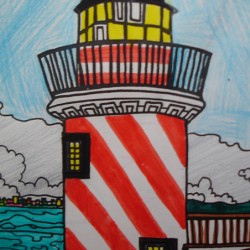 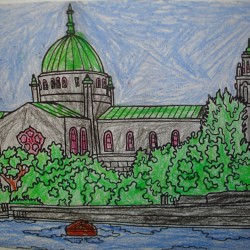 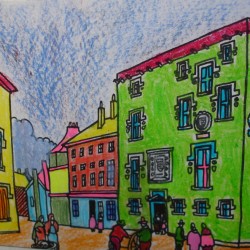 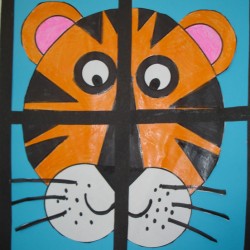